In my last blog post, I mentioned a hexagon project I have been working on for quite some time. I have found some things that make the piecing a bit easier and MUCH neater.

The first big change I have made is that I'm now working in rows rather than "rounds." I WAS piecing the hexagons together into the traditional "flowers"--a center with six hexagons around it. 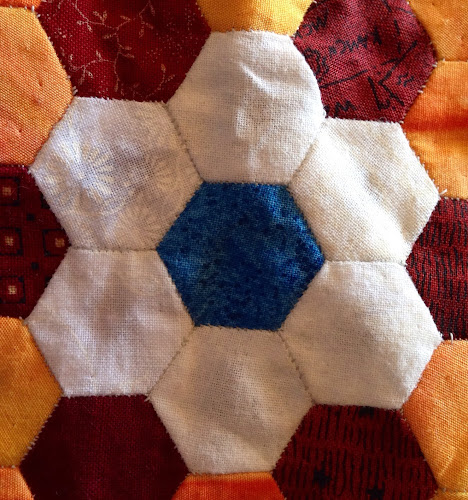 Now I'm putting the hexies together in rows. Then, I'm piecing the rows together.

It is MUCH easier to keep track of where I am on my pattern, and I'm finding it easier to put the hexies together this way.

Because of that show, I'm now using a neutral-colored silk thread to sew the hexagons together--("Secret" 1). Previously, I was using a neutral-colored quilting thread. I LOVE using the silk. It doesn't show and it rarely tangles. Another change I made is that I'm no longer holding the hexagons right sides together to whip stitch them together. This picture shows how I used to do it. 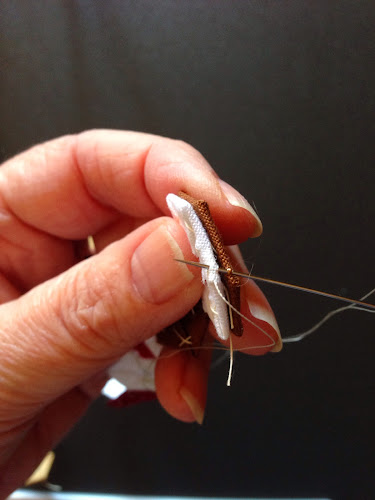 In the show, Mickey suggests that you sew the pieces together side by side (see pic below) rather than right sides together (like the pic above)--("Secret" 2). I have to say, it took me a little while to get used to this method. I didn't like doing it at first; but once I got the "hang of it," I like it a lot. Of course, I LOVE the way it looks from the front. This method keeps ALL the stitching on the back of the project. 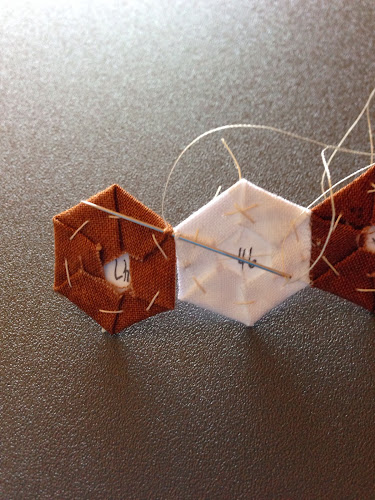 Hand piecing little hexies is slow work. It is also a REALLY good project to take along. If you are like me, on the road a lot or waiting a lot (waiting to pick up kids, waiting for appointments, waiting on kids from athletic practices, etc.), a hexie project is a good one. You don't have to go all crazy like I have, but a small hexie project might just "fit the bill."

The picture above shows what I have pieced together so far (once I switched over to piecing it together in rows). I know the picture is a little dark, but I think you can get the idea. There are about a thousand tiny hexies in this section. Will I EVER get it finished? I don't know, but I am enjoying the work right now. One of my friends told me how bored she would be with this project. I really don't get bored. I like the slow pace of handwork; I find peace in doing it. There is also something about that connection to the past--I hardly ever saw my Grandma Helen without some hand piecing project. It makes me smile.

Posted with Blogsy
Posted by Quilter Beth at 1:00 AM 3 comments:

I Wish I Had Known

I have to apologize about not being very good about posting lately. My husband has retired and has wanted to do a lot of traveling. We have also have been blessed with a new granddaughter. She lives ten hours from us, so we have spent a lot of time driving back and forth to visit with her. Of course, I have to share a picture of her with you. 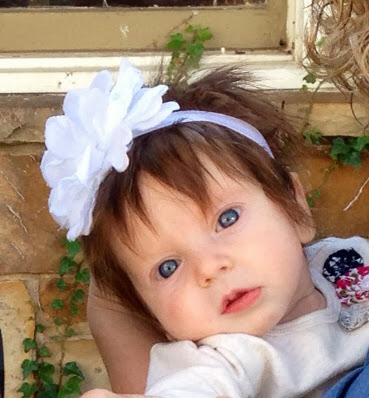 This is June Beth. She is almost four months old. I LOVE being a "Mimi!"

Since we are on the road a lot, I have to have a project I can take with me. This hexie project is perfect, but it is REALLY slow going. As an FYI--I'm using the English paper piecing method of hand piecing half-inch hexies together to make my design.

Has you ever worked on one of those projects that you think will never get finished--the on-going, FOREVER project? I am working on one of those. I figure, when I die, that my family will find this partially finished project (along with a lot of others) and utter that famous line, "What was she thinking?"

You have seen this project before, because I have been working on it since last Christmas. I have made some progress and have changed the way I'm working. I even have a few hints for you if you decide to work on a hexie quilt.

Here is a picture of the front of the quilt BEFORE I switched my method of stitching. I REALLY don't like this look. 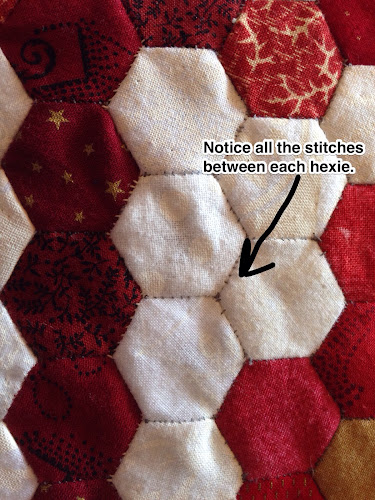 Here is a picture of the front of the quilt AFTER I switched my method of stitching. 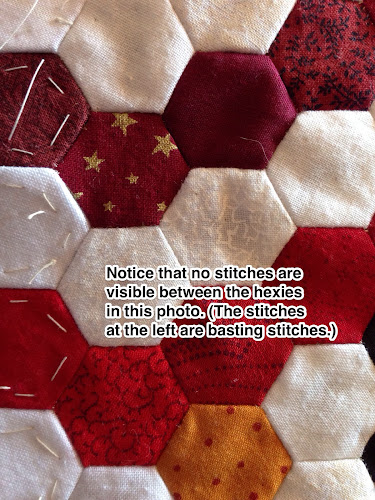 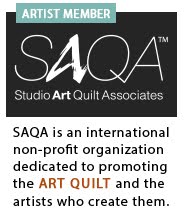 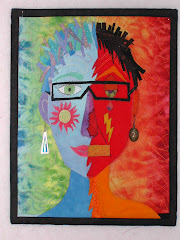